What happened to Jerry Brown? 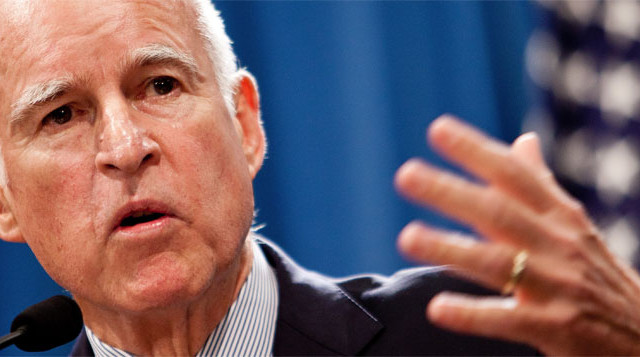 It was disappointing to hear that California Governor Jerry Brown vetoed the Trust Act last Sunday. Had he signed it into law, the bill would impede the power of the Secure Communities (or SCOMM) program within the state, and give local law enforcement the discretion to release immigrants who have not committed a felony. * Instead, the Undocumented people will continue to be detained unnecessarily, the courts will continue to be inundated with deportation cases, the state will continue to lose a lot of money because of its immoral enforcement methods, and less DREAMers who are eligible to apply for DACA, undocumented people have to in the shadows.

Although I feel like pushing Governor Brown adrift on an iceberg for this obvious betrayal, the matter requires closer examination. When it comes to immigration reform, Governor Brown has a proven record of being one of the most progressive governors (or politicians in general) in America. Last year he signed the California DREAM Act into law — the most progressive iteration of the DREAM Act in the country. For example, the state allows DREAMers to get private financial aid to go to college. Additionally, the same day he killed the Trust Act, Governor Brown signed into law a bill that allows DACA worker visa recipients to obtain driver’s licenses — a major victory for DREAMers.

That is why it is so disappointing (not to mention disconcerting) to learn that not only did he veto the Trust Act, but the Domestic Workers Bill of Rights as well, which would have established basic labor protections for the state’s domestic workers, the majority of domestic workers. which are women, many of whom are undocumented. How do we reconcile that extreme cognitive dissonance? In his note of him justifying his veto of the Trust Act, the governor did not denounce the project nor did he undo or deny the existence of the problem that the project was trying to correct.

Instead, he cited his concern that the law would be too restrictive of coordination between local police and immigration authorities in general. At the same time, he reaffirmed his dedication to comprehensive immigration reform and said that he would sign a version of the Trust Act that does not have its “significant flaws.” Governor Brown even denounced SCOMM and said that ICE agents should not “force local law enforcement to detain people who have been picked up for minor offenses and do not pose a reasonable threat to their community.” 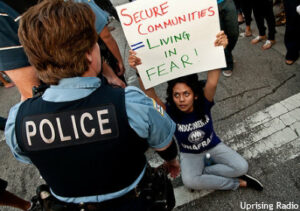 It’s a nice idea, but at the end of the day, they are just words, not actions. The most disturbing thing about this case is that Governor Brown had the bill on his desk for a month or more awaiting his signature. If he cares about the safety of undocumented families and is dedicated to preventing SCOMM as he claims, he would have returned the bill to the State Assembly with enough time to be modified. The governor is a big postponement (doubtful), or he did not want the bill to be corrected in time for him to sign it. Now, if the California Assembly wants to reintroduce the Trust Act, it has to start all over again.

How should we treat Governor Brown? While it is good that he passed the DREAM Act and the driver’s license law, it is a big problem that he vetoed both the Trust Act and the Domestic Workers Bill of Rights. He is effectively leaving the majority of California’s undocumented people unprotected, vulnerable to unfair and unnecessary detention. Hopefully the next time the Trust Act goes through his desk, he will affirm the values ​​he claims to have and sign the bill into law, or decide to return it for review rather than waiting until the last minute to veto it. I only ask that he be the man he claims to be, and that he protect the undocumented in California.

* The “Secure Communities” (or SCOMM) program requires local law enforcement to detain undocumented persons, including for minor offenses (such as loitering) indefinitely until ICE can pick them up to initiate deportation proceedings.

Sen. Reid: “We need to do this this year”